Panel Craft in the Press

In the Woods of New Hampshire, a Reshaper of Vintage Automobiles 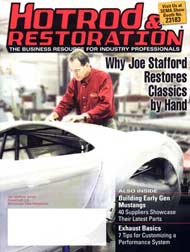 Hi Joe,
My Cobra has never looked better. You are a true artisan from an era gone by. Thanks Joe, I had not a single worry.
Be Well,
Wayne Odle

...I have known Joe for some time, his quality is top notch for any metal application. A true craftsman and master at fabrication. Two thumbs up!
Jeffrey S. Gagnon
Worthen Industries
Director of Manufacturing 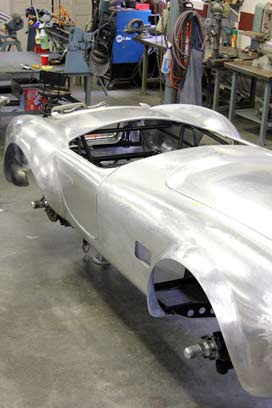 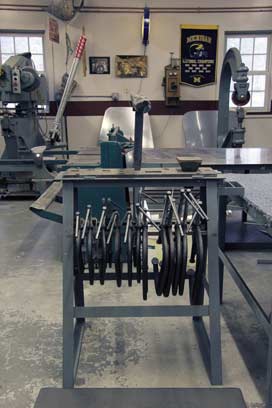 Excerpts from the Wall Street Journal

Mr. Stafford is one of a handful of U.S. artisans who specializes in full-body restoration of rare automobiles. Of his many skills with shop tools, most important is his mastery of the English wheel, a metal-shaping device not even found in most autobody shops.

The wheel enables him to create sheet-metal replacement parts that factories no longer supply, and to repair single-piece bodies that never consisted of separate parts.

"It's kind of a lost art, what he does," says John R. Kauffman, a 42-year-old Minneapolis marketing consultant and car collector. Mr. Stafford once restored a Porsche Spyder for him; in appreciation for his business, Mr. Kauffman also received an aluminum necktie.

Excerpts from The Boston Sunday Globe

Joe Stafford is one of only about 15 people in the country who restores classic vintage race cars entirely by hand. Driving around New Hampshire, one is more apt to see a Dodge Ram or a Ford Explorer than a Ferrari or a Porsche, yet Stafford never lacks business because his customers come from all over the United States.

The craft Stafford practices is known as panel beating. The name is self explanatory: He beats sheet metal with hammers into panels for the bodies of cars. "Think of a piece of metal like a piece of clay, it's malleable," he says. "If you put a piece of clay in your hand and press your thumb in the middle of it, it's going to expand. Same with metal. That's what I do."

Stafford's company, Panel Craft, LLC, is run out of a shop he built himself less than 10 yards from his house.

Crafting the bodies of classic cars required meticulous care, so it is not surprising that Stafford is a perfectionist.

Walking into his 2,000-square-foot shop, one is struck by the cleanliness. No stray tools or parts are lying around. The floor is not covered in grease. Everything seems to have its place. Once the eyes have adjusted to the room's orderliness, they immediately settle on the array of classic cars.

In the center is the soon-to-be Testa Rossa. To its right, a black Autocraft Cobra is in the middle or having its front end rebuilt. The owner smashed the car while racing in Daytona. Stafford has been told that it is the fastest Cobra in the world.

On this cold March morning, Stafford is taking a break from the Ferrari to work on the Cobra. He says rebuilding the car's front body will take less than two weeks.

He rolls a cart full of tools over to the car's right fender, where he has placed aluminum panels. After hammering the aluminum into place, with a steel block under the panel and a hammer above it, Stafford wheels a large tank of compressed oxygen and acetylene to the car's side. He straps on a pair of goggles, lights a torch, and begins welding two pieces of aluminum together.

Next, he takes a file about the size of a toothbrush and begins filing away at the seam created by the welding. Hunched over the car in an awkward position, Stafford shrugs off the idea that this kind of work is tedious.

"The whole car would only take about five hours to file," he says, though most people would find five hours of filing metal while bent over a small car incredibly arduous.

Welding and filing are the last steps of panel beating, but the process begins long before that, Stafford says.

In a corner of his shop sheets of aluminum rest against the wall. Panel beating begins with that aluminum. Each piece is pounded into form with a bossing hammer against a leather bag filled with 300 pounds of birdshot. As he pounds the metal, Stafford says he has to have a mental picture of the car.

"Sometimes I have a photograph to work with, but your intuitive senses build up over the years," he says. "I can look at a car that's two dimensional because I've been doing it so long."

Stafford has been in the panel beating profession, in some form, for more than 20 years.

"I've always been a mechanical person," he says. "I used to tinker, even when I was a kid. I used to really annoy my parents because they'd buy me something and I'd take it apart.

I always knew I'd be doing this because I knew I was good at it," he says. "I know a lot of people who go to work every day and they're absolutely miserable. I love my job and I feel very blessed."