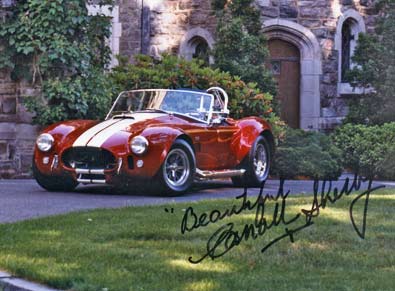 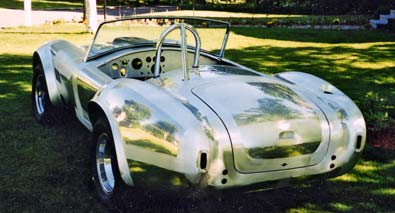 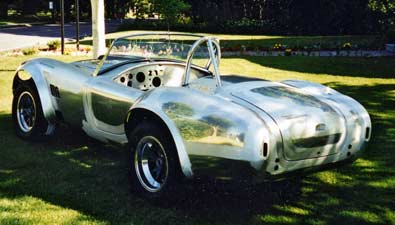 Panel Craft, LLC, founded in 1985 by Joe Stafford, is one of just a handful of businesses in the United States that professionally re-constructs and reproduces vintage European sports cars. Since its inception, Panel Craft has worked on more than 100 cars, including Porsches, Ferraris, Cobras and the Scarab, the rare and iconic race car. Joe was commissioned as panel beater and to oversee the sheet metal design during the restoration of the Formula One Scarab, which made its public re-debut in 1997 - thirty years after its original appearance.

Stafford's background in reproducing handmade aluminum and steel bodies for vintage and antique automobiles began with an apprenticeship in sheet metal at General Motors, where he worked for almost six years.

Years later, he moved to Massachusetts and began working for a prominent east coast restoration company. The clients encouraged him to start his own business, which led to the opening of New England Metal Crafters - now known as Panel Craft, LLC.

Since then, he has applied his skills to numerous vintage racing cars. In addition to the Scarab, other legendary machines brought back to their original glory include a number of historic Porsches that were chosen to race at Le Mans, France's premiere 24-hour endurance race.

The facility built in 1997 can comfortably accommodate three projects simultaneously. Joe believes that bigger isn't always better, especially when it comes to restoring exotic automobiles. Excess space translates into high overhead and a rush to take shortcuts, which can lead to sub-standard workmanship - something he will not tolerate.

Each job is handled with the utmost care and attention. Once the car is in the shop, progress is reported on a bi-monthly basis, along with photos (if requested) and a billing statement.